March 21, 2019
As life (and the Universe) is wont to do, we've circled around into Spring the last couple of weeks.
The snow has changed to its soggy, noisy, dramatic self... the earth below is warming (permanently), and I am, of course, Outside. 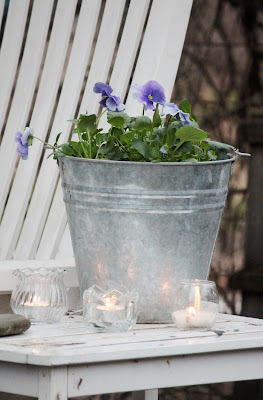 Sometime in May I shall, of necessity, be moving my work- (and main altar-) space outside.  Though I've considered it often over this winter, I hadn't really started thinking about it too much, until a couple of days ago when I was..... well.... summoned, by Spring.

There is a tiny little pond in the backyard that's I've always claimed as mine (for meditation, and reflection), so naturally I'll be moving there, with a few embellishments.

Since these things take time, contemplation, and lots of wiggling things about, my feet have been bare to the earth, and my hands and fingers have dirt in all the cracks and creases.

Outdoor furniture is being moved back and forth... different things tried here and there.... lots of looking online at pics for inspiration....

It isn't finished by any means, but I think I have a pretty fair start. 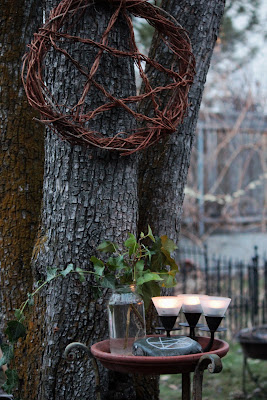 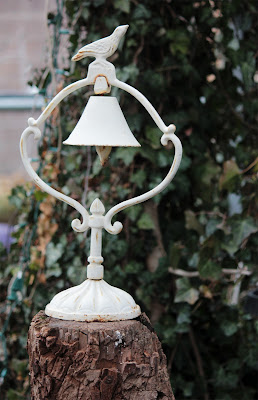 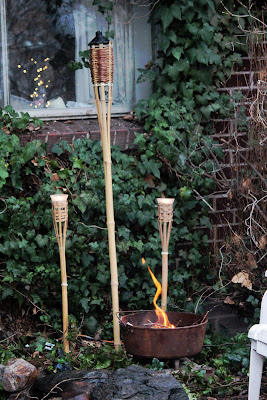 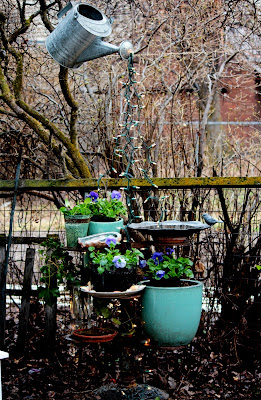 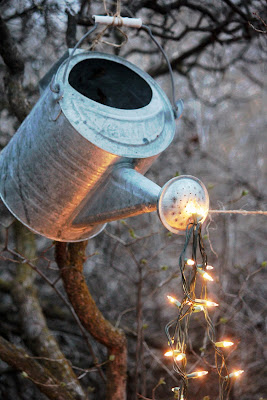 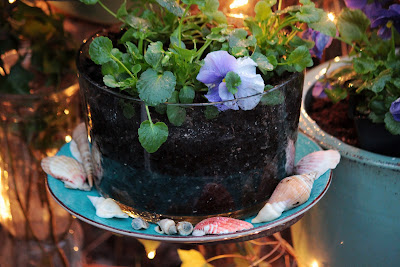 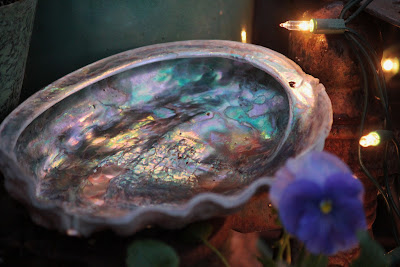 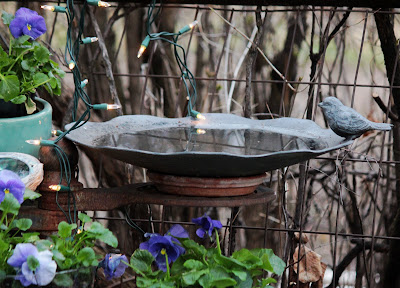 --which I think is finished, as I adore it.

The outside of the quarters make up about twelve feet, and the inner circle nine.  Accidentally, according to the allotted space.  Which made me smile. 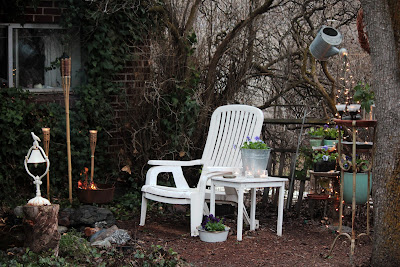 The fence is lined with a row of lilacs, so there soon will be a wall of green, and my favorite flowers in the whole world. 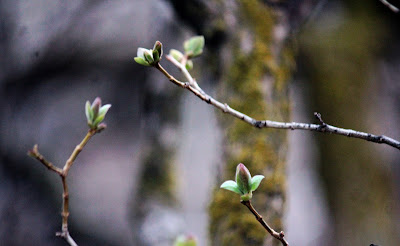 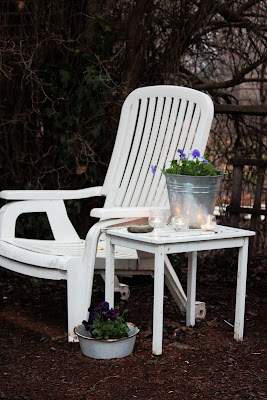 It will change a bit over the next little while, I imagine, but I think these things will be added to, rather than substituted.

Maddie says "It's a Happy space!", and I agree.  Though unfinished, it already feels lovely.

For the Home On the Altar Sacred Space Spring

Popular posts from this blog 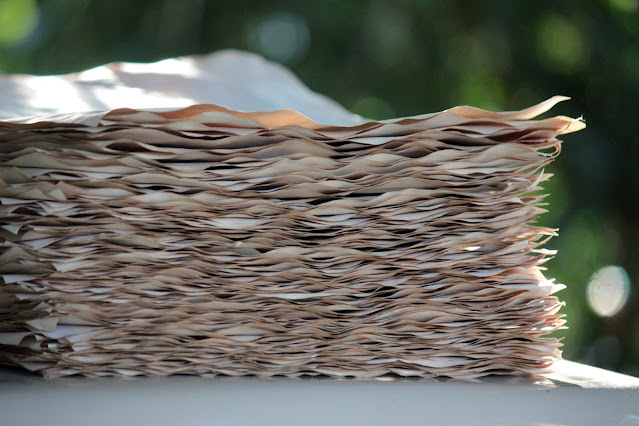 Finally  dyed more paper today.  Every time I need a sheet, I have to go swipe one from my Book of Shadows-- and it's getting harder and harder to find pages that aren't printed upon. So today was the day!  I used the same herbs that I used for my first batch of paper: Tea for Courage Sage for Wisdom Devil's Shoestring for Power Pecans for Prosperity Rosewater for Love. I put the cauldron on the fire to bubble,   and after a satisfactory bout with that, I took it off and poured it (herbs and all) over a hefty stack of paper... maybe 150 pages or so. I lifted up the stack at various points, to allow the liquid to seep into different pages of the stack.  After playing with it and letting it be in the tea (and herbs, still) for ten minutes or so I took it out and laid small stacks of it out to dry. When it wasn't sopping anymore, I hung it up on the clothesline in small stacks.... maybe 5-15 pages per stack.  Had I thought of it, I would have put the sheets through the
Read more 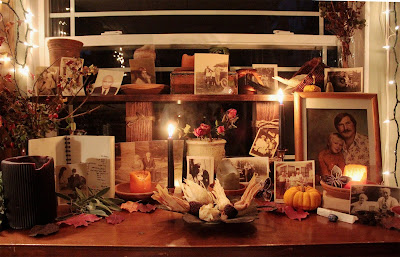 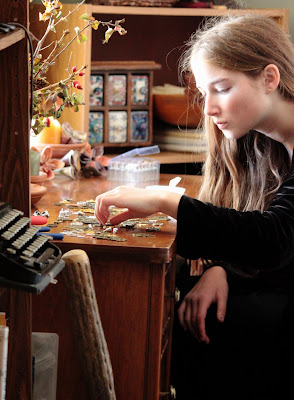 We're getting our exterior Witchy on. Samhain comes.
Read more